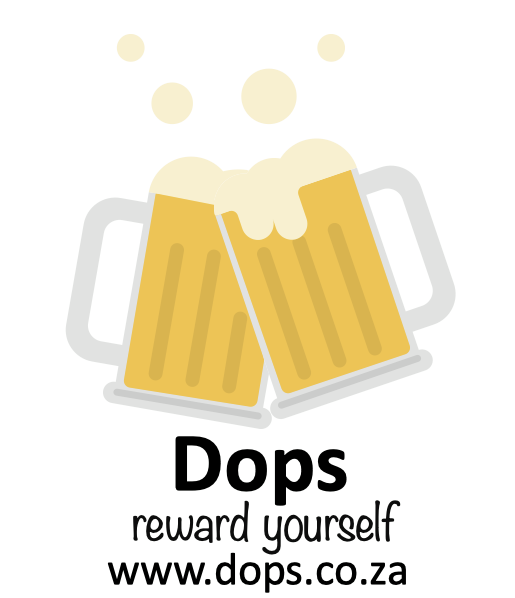 Business description – Lynton starts off his pitch by describing Dops Rewards as a “digital, instant-gratification, gamified loyalty programme.” This was an attempt take what is a complex business concept and simplify it in the minds of the investors. However, unfortunately, his description achieves the opposite and comes across as confusing. Fortunately, Lynton goes on to explain what his business does in more depth which helps to redeem his poor initial description. A common mistake many entrepreneurs make during pitches is to use high-flown terminology and industry jargon because they think it will impress investors. If Lynton had started by describing Dops Rewards simply as a “digital loyalty programme,” it would have been far simpler and easier for investors to understand. He could then have gone on to describe the additional features, e.g. that it is gamified and provides instant gratification to users.

Using blue-chip clients as strong portfolio piece – Lynton was astute in mentioning that he has several blue-chip clients. However, later on in the pitch and during the judges’ questions, it becomes confusing as to whether these clients were running pilots or were indeed fully fledged clients paying the full price.

Patent – Lynton does well in mentioning the fact that their technology is patented. Investors love patents as they are seen as barriers to entry. The patent wording and parameters would, no doubt, be investigated further by any investor in a subsequent due-diligence process should Lynton move beyond the pitch stage to the next stage of the investment process.

Statistics – Statistics can be a very powerful tool to use in a pitch but the pitcher must ensure that they are relevant and legitimate. Lynton mentions that something increased brand receptiveness by over 400%. But it’s not clear what that something was. Was it the campaigns? And what does brand receptiveness mean? Also, how was this 400% measured? What was the sample size? Using statistics may be powerful but, if an investor interrogates them and finds them dubious, they are more likely to question what else has been said during the pitch. Their thinking would be: Well, if this isn’t true, what else isn’t true? Always be prepared for potential investors to scrutinise any statistics you cite along with their veracity.

Pivot – Lynton states that the business had to pivot owing to the Covid-19 pandemic lockdowns and the associated cigarette and alcohol bans. Investors love to see investees who are flexible and able to nimbly adjust to changing contexts – as long as such a pivot relies on the core competencies of the business or the same clients. If the pivot does not use any existing core competencies or have the same client base, investors are likely to see this in a negative light. In this instance, it seems that Dops Rewards did indeed use their core competencies when pivoting.

Over-rehearsed – When Raizcorp judge, Allon Raiz, asks Lynton what his business actually does, he expresses himself far more naturally. When a pitch is too rehearsed – which this one was – there is a tendency for it to come across as inauthentic which leads to a loss in fidelity of the message the pitcher wants to relay.

Competition junkie – Lynton mentioned his business’s involvement in a number of other entrepreneurial programmes and competitions. There are many entrepreneurs out there who participate in any competition or programmes they can find. As a result, they spend more time focused on trying to win competitions than actually building their businesses. Entrepreneurs can receive valuable PR from winning competitions and being accepted on to programmes, as long as it is controlled and balanced with a deep focus on building the business. Allon asks the hard question: Why, if Dops Rewards is winning all of these competitions, is it still in a position where it requires capital?

Differentiation – Nedbank judge, Monique Chinnah, probes the business model’s differentiation. She highlights retail loyalty programmes and the fact that retailers can access and analyse this data themselves. Lynton points out that his solution is focused not on retailers but on producers who do not have similar access to accurate consumer data.

How do you make money? – Engen judge, Zishaan Abbass, asks Lynton how the business actually makes money. This is one of the most likely questions any investor will ask someone pitching a business. Potential investors want to clearly see how money – and, more importantly, profit – is produced in a business. Lynton responds that they charge a fee to their client (Heineken) per bar per month and then separately charge for the analytics. Ideally, his answer to this question should have been incorporated into the pitch itself.

Business focus – Zishaan goes on to further probe Lynton’s business focus and wants to understand how he will be using the R650 000 prize money should he win. Will it be on the gamified loyalty programme or on the medical app (the pivot he mentioned)? Lynton responds that it will be used to reduce a key person dependency in the team by taking on an additional two developers. He does not actually answer the question directly but implies it will be used for the further development of the software for both the initial Dops Rewards solution and the Covid-19 pivot solution. In reality, R650 000 spent on a team of senior developers would last only a few months before the money runs out. If the money also goes towards expanding the operations team, as Lynton mentions, it will run out even more quickly.

Quite rightly, Zishaan then wants to know why Dops Rewards has not reached the point of not having a key person dependency given the blue-chip clients that have been mentioned. Zishaan is teasing out the real question which is whether Dops is actually being paid sufficiently for the work they do. He also further interrogates how the R650 000 would be sufficient to pay for senior developers for any significant period of time. Lynton’s response to this is unclear and diversionary.

Key person dependency – Lynton is correct to highlight the vulnerability of the business to a single individual in a particular role. Effectively, what this means is that the business could stall or even close its doors if that person leaves. It sounds as though the junior developer Lynton speaks of is that key person dependency. Small businesses often have key dependencies, both in their “production” and sales function. One of the ways of overcoming this is for entrepreneurs to make sure they can step into any key role at any time. It’s therefore extremely important for them to have a close understanding of the details relating to such roles. If Lynton had been able to say that he or his other two business partners could step in and continue coding if the junior developer left, it would have gone a long way towards allaying a potential investors’ fears about a technical-development dependency in a technical business.

Explain what you understand by the term “keyman dependency” and why it is dangerous.