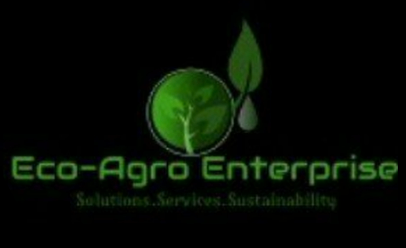 Authority – Sydwell starts off his pitch by referencing the South African Mushroom Farmers’ Association (SAMFA) statistic that there are only 17 mushroom producers in 25 sites across South Africa. He does well by referencing an industry authority. By highlighting that there are only 17 mushroom producers in SA, he is implying that there is space for more producers in the market. A savvy investor would be asking the question: If the production of mushrooms is so easy, with a relatively low barrier to entry, why are there so few? What is it about the industry that is keeping the numbers so low and how would Sydwell overcome these barriers to entry or barriers to profitability?

Describes what he does – Sydwell describes what Eco-Agro Enterprise does by saying, “We produce and bring nutritional mushrooms closer to our local market.” This is a very high-level description and, if this were the only thing that Eco-Agro does, it would suffice as a general description. We understand that the business grows and distributes mushrooms (and brings nutritional mushrooms closer to the local market). But later in the pitch, we hear that this is not all they do.
Generally speaking, when an entrepreneur pitches to an investor, and summarises (contextualises) what the business does, it is usually followed by the how. Although this is not a rule in pitching, it is the preferred sequence to make the pitch more understandable. Sydwell did not follow this sequence.

Separates himself from others (USP) – Sydwell does very well by differentiating his business from other “smallholder” producers as he provides structural mushroom technology. But, this might be confusing to the investor because in his earlier description of his business, he said he is a mushroom producer. So, to whom is he providing the structural mushroom technology? And what is this technology?

Pain and problem being solved – Sydwell does very well by articulating that there is a pain and a problem in the market. The pain and problem he identifies is the accessibility of nutritional mushrooms, malnutrition, food and protein insecurities. Pitches that clearly articulate the pain or problem and how the business solves it are more compelling. However, it’s important to get across that the way the problem is being solved is more effective or efficient than how the competitors are solving it.

Current business model – Sydwell tries to describe his business model to the investors (judges) but does so in a confusing way. He lists the revenue sources which sound quite disparate and broad. Investors prefer to invest in businesses with a narrower focus and a more explicit USP. By listing all of these different revenue sources, Sydwell is making the classic entrepreneurial mistake of having as many fishing rods in the sea (market) as possible instead of using a speargun to target specific, valuable types of fish (a specific market).

Timing – Sydwell runs out of time which indicates his planning and preparation for the pitch were not appropriate. Many investors will see this as a proxy for how an entrepreneur will run their business. In other words, some of the judges might infer from his lack of time keeping that Sydwell would be a poor investment choice as he may also be an ineffective planner in his own business. Although this may not be true, it may still convey a poor impression.

How money will be used – Nedbank judge Monique Chinnah asks Sydwell about how he will use the money and gets a non-specific response. It’s clear that Monique is confused by the general nature of his response and is seeking a more specific answer. Investors like specifics and clarity. Sydwell’s answer is neither specific nor clear. His answer had the potential to completely scupper his pitch. Always be prepared for the question: How are you going to use our investment? The more specific and clearer you are, the better the impression you will give investors.

What do you do? – The Engen Petroleum judge Zishaan Abbass wants more clarity on what Sydwell actually does. Sydwell’s lack of specificity about what he is actually selling during his pitch made this question an inevitability. This puts Sydwell on the backfoot. Given the short time available to get his business pitch across, Sydwell should have spent more time tightening the way he described his business model. If experienced investors struggle to understand the business model they are likely to think that the entrepreneur is probably also confusing the market and not communicating the value proposition succinctly and understandably.

Position in value chain – Zishaan goes on to probe how Sydwell generates revenue. Once again, Sydwell explains that he has multiple sources of revenue. Zishaan stops him and asks him where he sits in the value chain. The most likely reason Zishaan is asking this question is because, like many experienced investors, he knows that startup businesses that spread themselves across multiple points in the value chain are more likely to fail as they have multiple learning curves to overcome, multiple competitors to beat and multiple markets to convince.

Innovation – Sydwell reveals that he has an innovation – the African Hut Mushroom Dome. Investors like to invest in companies with defendable innovations. Sydwell mentions that the name is trademarked but it is not clear on whether there is a patent on the design of the dome. He explains that Eco-Agri produces mushrooms more effectively using the dome technology and then goes on to explain that he is also providing this technology to other small-scale farmers. At first glance, it seems like Eco-Agri is providing its competitors with the same competitive advantage. Only when Raizcorp judge Allon Raiz asks further questions does it become clear that Eco-Agri consolidates the offtake from other farmers and then sells the mushrooms to retailers. Sydwell is effectively supporting his suppliers (the other farmers) to more cost effectively produce mushrooms thus keeping the price lower than if they were not using his technology. He should have explained this far more clearly in the actual pitch.