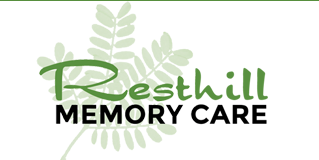 Specialised – Esmarie cleverly started her pitch by stating Resthill Memory Care’s area of specialisation. Investors prefer investing in companies that specialise in something as they tend to have lower levels of competition and a more defined unique selling proposition (USP). Less competition generally means that profit margins are under less pressure and therefore an investor’s ROI is likely to be higher.

Link to personal story – Esmarie speaks of her personal connection to Resthill Memory Care. The entrepreneurial journey has many ups and downs with most entrepreneurs giving up during a down period. Investors know this. When a company founder has a strong personal reason to make the business successful, there is a higher likelihood that they will push through the dark moments. Many entrepreneurs pitching to investors know this, and might try to create an inauthentic link between their businesses and their personal stories. Seasoned investors are able to pick up on any inauthenticity while they engage with potential investees. if there is no real personal connection between the founder’s story and the business, it’s best not to fake it.

Research indicating demand – Esmarie smartly uses global research to imply long-term increasing demand for her business. The judges, no doubt, considered the relevance of the research to the investment Esmarie pitched. To mention research in a pitch that is not relevant is, firstly, a waste of valuable pitching time and, secondly, damaging to the overall credibility of the pitch. In this instance, it seems Esmarie’s research was relevant. If you include research figures in your pitch be extremely careful to ensure that they are both relevant to your business and that the source is credible.

Proof of concept – Esmarie informs the judges that Resthill Memory Care is not just an idea but that a proof of concept has already rolled out, saying that the first home was sold out in six months and the second home was filled within the next six months. Importantly, Esmarie says that there was a learning curve as they developed the proof of concept, and that the model was iterated accordingly.

Capturing demand – It’s all very well for entrepreneurs to speak about theoretical demand but it’s a completely different story for them to demonstrate their ability to capture that demand and convert it into sales. Esmarie communicates this by saying they have 100% occupancy and, later on when answering questions from the judges, says that there is a waiting list. Investors love to see the ability of potential investees to capture demand (sell).

“Skin in the game” – Esmarie ensures the judges know that she and her partner have already made their own investment into the business. Investors interpret an entrepreneur’s investment in their own business as a sign that they have confidence in it. When entrepreneurs have “skin in the game” they are more likely to push through obstacles and challenges and make the business successful.

Structural risk – One of the biggest negatives in Esmarie’s pitch is the fact that she and her partner do not own the property on which they have been building additional homes. This poses a structural risk to the business model. If an investor were investing to expand capacity by building new homes, there would be a huge risk to them of losing their assets at the end of the lease period. In order to overcome this structural problem, an additional investment would be needed to purchase the property (if the landlord is indeed willing to sell) before investing into building new homes. This additional investment may significantly impact the return on investment and make it unappealing to an investor.

Thought leadership – Nedbank judge Monique Chinnah highlights the importance of thought leadership as a mechanism to build confidence in a brand which can ultimately lead to higher demand. Thought leadership generally means someone creating content around a particular subject or field that brings a fresh and interesting perspective and which is based on their experience. Radio interviews, TV interviews and articles in prominent newspapers or industry publications are some of the channels that can be used to distribute thought-leadership content.

Channel partners – Monique goes on to probe whether there are other channels to market in the form of organisations, institutions or individuals who may refer clients to Resthill Memory Care. Channel partners are incredibly important to businesses in creating new channels of demand, and are something that entrepreneurs often tend to neglect.

Localised demand – Monique wants to know whether the demand is simply localised or can be generated in other cities and towns across South Africa. If, as a judge, she feels that the demand is too localised (and based mainly on Esmarie’s personal relationships), it would be a strong indicator that the model is likely to be much harder to scale.

Authority – During one of her answers, Esmarie smartly includes the fact that she has a background in psychiatric nursing. This gives her some level of authority in the field. Esmarie could have brought this into her pitch more strongly. Investors like to invest in entrepreneurs who understand their industries and the associated technicalities and nuances. It reduces the risk and cost of a learning curve that comes with entering a new industry.

Capacity – Engen Petroleum judge Zeeshaan Abbass wants to know more about the capacity of the business. If the capacity is at 100%, does the business model make sense? If it’s operating at 100% capacity and is not making profit then expanding the business would simply amplify the losses. A counterargument to this could be the concept of economies of scale, in other words, as a business grows certain costs are reduced per unit of expansion (in this case, a home). However, expansion also comes with its own additional costs (such as management, etc.) that might counter the effect of economies of scale.

Why isn’t a bank funding you (what aren’t you telling us?) – The banking system has thorough processes in place to determine the fundability of a business. Banks are also generally the first port of call for entrepreneurs looking for funding. Although banks are generally risk averse, they are still incentivised to fund businesses. Therefore, if banks have declined to fund a business, investors would want to know why. What is the entrepreneur not saying in the pitch? What will the investor uncover when carrying out further due diligence?

What do you understand to be the difference between a brand and a company?